The 120Hz Fluid Display achieves high efficiency in functionality, with considerable performance in measures of click response, scroll response, and accuracy. A video shot at 24 or 30 fps can can now be played at 60 or 120 fps with MEMC technology – which is used in high-end TVs nowadays – thereby providing a seamless and more fluid viewing experience for users whilst lowering the power consumption in comparison to other panels.

Keeping the needs of designers, photographers and other creators in mind, the OnePlus 120Hz Fluid Display has top-notch colour accuracy, providing 1024 shades of each primary colour and 1.07 billion possible colours, which is 64 times as many colours as supported by mainstream smartphone devices.

Samsung India today announced their latest addition to the Galaxy Note10 series at their iconic Samsung Opera House store in Bengaluru. The Galaxy Note10 and the Galaxy Note 10+ duo will go on sale in India next week and while both phones vary in terms of size and hardware parameters, Samsung has tried to ensure that both devices offer the best of Galaxy Note features at different price points.

Starting with the Galaxy Note 10, the phone features a 6.3-inch FHD+ Dynamic AMOLED Infinity-O display and is powered by Samsung’s 7nm Exynos processor. In India, only one variant will be on sale, which will have 8GB of RAM and 256GB of internal storage. It will have 3500mAh battery and a triple camera setup at the back with a 12MP f1.5/f2.4 OIS main sensor complemented by a 16MP ultra-wide and 12MP telephoto. The front facing is a 10MP f/2.2 sensor.

When it comes to the Galaxy Note10+, the phone has the same processor but bumps the RAM to 12GB with an option of going with either 256GB or 512GB of internal storage. The display is bigger as well, which now stands at 6.8-inches and is a Quad HD+ Dynamic AMOLED Infinity-O panel.

Both phones can charge the phones at 25W but a special super fast charger by Samsung will allow the Galaxy Note10+ to support up to 45W that will fully charge the device in around 30 minutes.

However, this is where the differences between the Galaxy Note10 and the Galaxy Note10+ end. The edge-to-edge designed devices are packed with features like Wi-Fi 6, Bluetooth 5.0, Wireless PowerShare that allows to charge other Qi-supported devices wirelessly, Dolby Atmos, Samsung Pay and improved Samsung DeX that does not require the dedicated dock to work.

Samsung has also improved the S Pen that brings in more gestures to use and control many aspects of the phone. Furthermore, the phones have features like zoom-in mic that amplifies audio when you zoom in the video; Live-focus blurs the background while shooting a video; and comes with a screen-recorder AR Doodle, 3D Scanner and more.

We managed to get our hands on the Galaxy Note10+ and seems like a big jump over the previous Galaxy Note9’s design. The Aura Glow colour shows a variety of different shades when light reflects on its surface. The huge display is a non-issue as Samsung has in fact, managed to shave the phone’s thickness by a few millimeters and made it lighter compared to the Galaxy Note9.

Interestingly, Samsung is the latest company to give the 3.5mm headphone jack a miss but bundles USB-C AKG earphones.

Vivo today expanded its mid-range lineup with the all new S1. The phone sits just above its recently announced the Z1 Pro with improved features like an in-screen fingerprint scanner, a smart button and more.

Available in two colour options – Skyline Blue and Diamond Black, the Vivo S1 looks attractive complemented with the 2.5D design. On the hardware side, the Vivo S1 is powered by MediaTek’s Helio P65 chip and comes with options of 4GB or 6GB of RAM. Internal storage starts from 64GB that goes up to 128GB and can be expanded further via the microSD card slot to up to 256GB.

If we talk about the camera, there’s a 32MP snapper on the front along with triple camera setup at the back with 16MP, 8MP and 2MP.

Xiaomi has finally announced the Redmi K20 and K20 Pro for the Indian market. As expected, both phones are packed with features along with Aura Prime that gives the phone a different look at the back when light shines on the glassy back surface.

Both the phones also boast similar hardware barring a few differences like the processor, RAM and storage choice. The Redmi K20 is powered by Qualcomm Snapdragon 730 while the K20 Pro features Snapdragon 855. There’s only 6GB RAM available with the K20 but the RAM goes up to 8GB in case of the K20 Pro. Moreover, the storage goes up to 256GB for the Pro variant while the regular K20 comes with 64GB or 128GB option.

Rest of the hardware includes a 6.39-inch ‘Horizon’ Display, which is nothing but a full view Super AMOLED Display, 48+13+8MP triple camera setup and 20MP on the front.

The phones have 4000mAh battery and comes with 18W charger in the box and supports 27W SonicCharge adapter that can be bought separately for Rs. 999.

Both phones will go on sale starting 12 pm 22nd July across Mi.com, Flipkart and Mi Homes with general availability expanding in the coming weeks.

Xiaomi has added a new member to it’s most popular Redmi Note series, Redmi Note 7S. The brand new Redmi Note 7S comes with a 48MP camera and starts at an affordable price of Rs. 10,999.

Redmi Note 7S design and specs are very similar to the Redmi Note 7 Pro that comes with a 6.3-inch screen Full HD+ (2340×1080) Dot Notch Display. There’s Corning Gorilla Glass 5 on the front and back to protect the device from scratches, 48MP + 5MP dual rear camera with PDAF, EIS and AI Portrait Mode and 13MP front camera for selfies. Redmi Note 7S is powered by Qualcomm Snapdragon 660 (Octa-core 2.2Ghz) paired with two variants, 3GB RAM with 32GB inbuilt storage and 4GB RAM with 64GB inbuilt storage with the option to expand further using a Hybrid dual SIM/microSD card slot. It has a 4,000mAh battery with Quick Charge 4 support, USB Type-C port, face unlock, fingerprint sensor, IR blaster at the back and a P2i splash-resistant coating to protect from humidity and accidental water spills.

The smartphone will be available from May 23 in two variants – 3/32GB for 10,999 and 4/64GB for 12,999 across mi.com, Mi Home stores and Flipkart. Xiaomi will also release the phone across offline retail stores soon. 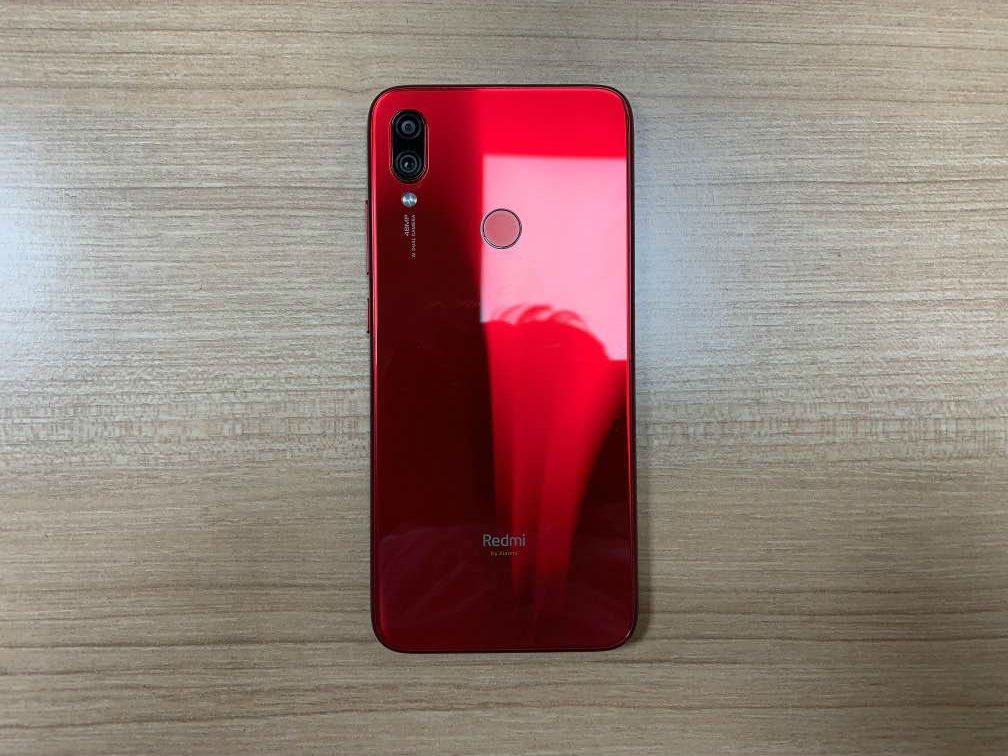