Mr. Vikram Pawah, President, BMW Group India, said, “The GS imbibes adventure, unlike any other motorcycle. BMW Motorrad is rewriting the success story of adventure biking in India and the Spirit of GS continues to pave the way forward. The GS Experience is a special riding program for adventure seekers across the country. No matter what your riding style is, this training course is designed to help enhance your abilities, increase your  comfort and maximize your enjoyment of your time on two wheels. Under expert guidance from BMW Motorrad Certified trainers, participants will be geared to fully explore the world of adventure and master every challenge with their GS.”

Designed exclusively for BMW GS owners the two-day level 1 program will help riders to master basics of off-road riding. The day 1 training program is for BMW GS owners of 650 cc and above GS bikes. While the day 2 is for BMW 310 GS riders. The training includes basic familiarity of the motorcycle, understanding of correct rider position, enduro steering and other exercises such as gravel riding, emergency stops on slope, emergency braking and riding on inclines. Riders automatically qualify for level 2 training upon successful completion of level 1.

Motorrad recently announced the next destination for the International GS Trophy 2024 as Namibia. BMW Motorrad India will hold the GS Trophy qualifiers later this year.

The GS Experience showcases the dynamic qualities of each GS model in real-world conditions and techniques to enjoy the Spirit of GS while ensuring highest safety. Each session includes a briefing and demonstration by certified BMW Motorrad Trainer that will  take riders through the impressive array of technologies available on the GS range of  motorcycles. The sessions offers riding experience on a combination of bitumen and off road under expert supervision.

Fursat is a 30-minute Bollywood short film shot entirely on the iPhone 14 Pro. Directed by renowned Bollywood director Vishal Bhardwaj, the film contains all of the elements of popular cinema, such as songs and choreographed dances.

“Fursat” is a magical story about a young archaeologist who is obsessed with controlling the future to the point where he risks losing what he values most in the present.

Vishal Bharadwaj says, “A traditional film camera comes with 10 people, 3 attendants and 10 boxes of lenses. you can’t move around. You can’t be quick. iPhone liberated me in that sense. Action mode was the biggest surprise for me. In Fursat, we’ve covered a lot of things in Action mode. If you see the raw footage, the visual is so jarring and destabilised.”

“On Action mode, it’s so smooth. You have to see it to believe it. I’ve never had this kind of scale in my films ever before. And this can tell you about the scale iPhone can achieve. As a device, it’s taking you out of the limitations which we had when we were growing up. We didn’t have the luxury which iPhone is providing every budding filmmaker today,” he added.

Director Of Photography – Swapnil Sonawane says, “I didn’t know how much iPhone could handle, but the way it did was just fantastic. I think Action mode is the most amazing update. For it to be held in your hand and run with all your might looking at the actor, one can get extremely steady shots, without external gimbal. The way Cinematic mode shifts focus is the way the focus puller would, it’s an emotional shift focus, which is what was absolutely beautiful about it.”

iPhone 14 Pro introduces a new class of pro camera—48MP with a quad-pixel sensor enables more features with better detail and low-light performance. The new 48MP Main Camera adds new features such as a second 2x telephoto lens for a total of four zoom options and the ability to shoot 48MP photos in ProRAW.

With Action mode, you get steady, smooth video even if you’re capturing in the middle of the action. Action mode is easy to toggle on in video mode. And it provides even more stabilisation in situations where the person capturing the video is moving around a lot, like running. It supports up to 2.8K resolution and 60 fps and is a powerful creative tool when combined with Dolby Vision or ProRes recording.

Cinematic mode in 4K enables beautiful depth-of-field effect and automatic focus changes to video in a simple and intuitive way. It now supports 4K resolution up to 30 fps, including 24 fps—a go-to for shots just like the movies. It also has better semantic rendering with better results on hair and glasses. Cinematic mode also records in Dolby Vision HDR.

Stuffcool, has launched Stack, a foldable 3-in-1 magnetic wireless charging station. The Stack can wirelessly charge your entire personal ecosystem of iPhone, AirPods and Apple Watch. The Stack folds into a compact cylindrical shape measuring 10 cm and 2.6cm, and neatly fits into your bag making it perfect for daily commutes as well as longer trips. The Stack also supports the latest Magnetic Wireless Charging for iPhone 12, 13 and 14 series.

The Stack provides dedicated power to each module – providing up to 10W to the phone charging module, 3W to the AirPods charging module and 2.5W to the Apple Watch charging module. The Stack also comes with its own 18W QC3.0 adapter and fast charging type C cable allowing instant plug and charge! The Magnetic wireless charging allows the Stack to fold into a stand making it easy to use or view the phone when placed on a desk.

The Stack is available on stuffcool.com, amazon.in and leading offline stores across the country.

Noise announced the addition of a rugged smartwatch to its smartwatch portfolio, with the launch of NoiseFit Force. Launching at a special price of INR 2,999, the NoiseFit Force is available on Amazon and brand’s D2C platform, GoNoise starting today.

NoiseFit Force comes with features such as single chip Bluetooth v5.1, long-lasting battery life and voice assistant, making it a perfect tech partner. It also sports a Zinc Alloy + Polycarbonate body making it an ideal companion for your daily adventures. The new smartwatch aids to users’ convenience by allowing them to dial directly from the smartwatch and can save upto 5 contacts. Users can now enjoy stable, lag-free calls with lower battery consumption. The 1.32” IPS high resolution provides a better display and 550 nits of brightness for uninterrupted outdoor viewing further makes it an apt choice for consumers. The IP68 Water and Dust resistance and a battery life of seven days ensures a seamless experience.

Commenting on the launch, Amit Khatri, Co-Founder, Noise, said, “Noise has been a forerunner when it comes to empowering consumers with new age innovation at an aspirational price point. We are constantly innovating and with the vision to introduce products that cater to the evolving needs of the consumers, we have introduced NoiseFit Force for the adventure seekers. The new rugged and sporty looking smartwatch marks a new look for our smartwatch range.”

The latest smartwatch caters to all fitness needs with the inbuilt Noise Health Suite, that tracks all vitals like SPO2 levels, heart rate, sleeping and also helps with breathing practice. It also comes with female health indicators and offers 30 sports modes along with various cloud based watchfaces to further customize the look. The productivity suite on the smartwatch includes reminders and weather updates. The inbuilt voice assistant helps you access games and theater mode.

Lenovo introduced its first laptop with the latest AMD Ryzen processor. Powered by AMD Ryzen 3 7320U with integrated AMD Radeon 610M graphics, this laptop enables users to effortlessly multitask, attend online classes, interact with friends and stream their favorite shows. This is complemented by a 15-inch FHD anti-glare display with up to 220 nits’ brightness and stereo speakers by Dolby Audio. The IdeaPad 1 offer a 2-year in-built warranty.

The laptop’s in-built 720p HD camera comes with a physical privacy shutter that adds another layer of safety to the experience and blocks unintended onlookers. Users can also enjoy an unyielding battery life of up to 14 hours, which is perfect for those spending long periods of time online in meetings and classes, or for those who simply forget to regularly recharge their laptop. These versatile features make IdeaPad 1 an ideal choice for on-the-go users, especially students.

Dinesh Nair, Director- Consumer Business, Lenovo India said, “Customers are demanding more from mainstream devices where the focus is on enhanced versatility, speed, security, and convenience to suit their needs wherever they are. Keeping this in mind, Lenovo has been purposefully innovating and designing products that are accessible to everyone and are aligned with the on-the-go lifestyle of today’s consumer. Our latest IdeaPad is an affordable but power-packed device with an extended warranty and best-in-class performance, that helps people achieve their goals while they are working, studying, creating, or just catching up with friends out of town.”

Vinay Sinha, Managing Director – Sales, AMD India said, “AMD is excited to partner with Lenovo as they bring the new range of Lenovo Ideapad1 laptops to Indian consumers. AMD is redefining the everyday laptop experience with the new AMD Ryzen™ 7020 Series processors, bringing higher performance via a modern platform to consumers. Based on the Zen 2 core architecture and AMD RDNA™ 2 graphics, these AMD-powered laptops will make multitasking easier, providing increased battery life and enabling better productivity on the move. We are confident that this new line-up offering affordability, improved balance of performance, productivity, and responsiveness will excite consumers.”

Lenovo IdeaPad 1 comes in Cloud Grey color and will be available at Lenovo Exclusive stores, Lenovo.com, Amazon.in and across large retail stores, from February 08, 2023, at a starting price of INR 44,690. 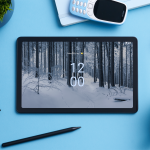 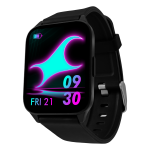 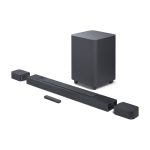