Muneer Ahmad, Vice President – Sales and Marketing, ViewSonic India said “We are thrilled to launch the M2e projector in India with an aim to provide our patrons with the best of home entertainment. Equipped with ToF technology, the new M2e projector delivers impressive display and intelligent performance. Our goal is to provide the finest products to our audience; the new projector is loaded with the most powerful smart technology, providing users with an outstanding and totally immersive visual-audio experience.”

The M2e projector is based on Time-of-Flight (ToF) sensors, which, reportedly, uses scanner-less LIDAR (light detection and ranging) techniques that quantify distance, based on the time it takes photons to travel between the sensor’s emitter and the target area, allowing for accurate radius ranging regardless of the object’s surface characteristics. They also boast high-accuracy linearity and a detection range of up to 3 m with a full field of vision. The projector provides visuals in Full HD resolution and cinematic colours, covering 125% Rec.709 supported by ViewSonic’s 2nd generation LED technology on an 80-inch large screen from 2.1 m away.

The device weighs 1 kg and comes with features such as fast on/off, instant auto focus, auto keystone and a step-less stand for customised projection angles. It supports screen mirroring from smartphones to the large screen through Wi-Fi, input/output, audio via Bluetooth and direct single-cable streaming via USB Type-C. The projector comes integrated with dual speakers customised by Harman Kardon, and with eye care in mind, the M2e is designed to deliver blue-light free experience to reduce eyestrain over prolonged viewing periods. As of now, no pricing related information has been shared by the company.

ViewSonic, one of the leading global providers of visual solutions ranging from projectors to monitors, have appointed Mr. Muneer Ahmad as the new Vice President of Sales and Marketing for Audio-Visual and EdTech solutions in India.

This comes after Ahmad has spent over 4 years at ViewSonic, where, under his guidance and supervision, ViewSonic rose to be ranked first as an IFP brand since 2020, and is one of the top 3 projector brands in India. He also played a crucial role in streamlining the business growth of ViewSonic in India. ViewSonic’s expansion in the Indian market was a direct result of achieving growth in sales, development of newer and innovative technology, and meeting the demands of end-consumers.

More importantly, Ahmad significantly contributed in the edtech sphere, where under his guidance, ViewSonic adopted the display learning method which emphasised the personal teaching-learning experience. The myViewBoard visual learning platform has over 3 million subscribers globally, and is widely-appreciated. ViewSonic has had an impact in over 1000 classrooms in India.

Ahmad’s role in ViewSonic India will be to strategize marketing plans which are in sync with the company’s goals and objectives which will further enhance sales, growth and customer satisfaction. His role will also include customer management, business and market development, customer management, management of market research, strategic direction for promotions and advertising.

“I am really excited to step into a new role towards my career growth. Completing almost 4 years with ViewSonic, I have observed the company very closely from expanding its business, products portfolio, growing its presence worldwide and in the Indian market. My tenure here has been inspiring and with new responsibilities, I look forward to strengthening the visibility of the brand and achieving newer heights”, said Mr. Muneer Ahmad.

Talking about Mr. Ahmad’s new role, Mr. Eric Wei, Senior Sales Director, ViewSonic- Asia Pacific said, “We are extremely delighted to offer new role to Mr. Muneer Ahmad. His contribution in making ViewSonic a recognized brand in the sector has been impeccable and have seen the brand grow by leaps and bounds under his leadership. India is one of the most important markets for us and we are sure that Mr. Ahmad will deliver nothing but the best”.

ViewSonic’s M1 and the M1+ projectors had won an iF Design award, and now the company has made significant upgrades on them and launched their next-gen ultra-portable projectors, namely, the M1_G2 and the M1+_G2, at very competitive prices. These projectors can be taken anywhere, whether on a family getaway or important business meetings which need an impactful presentation. Let’s see what each projector is made up of.

This lightweight projector weighs less than 1 kilogram, and comes with a LED light source which has a lifespan of up to 30,000 hours. The M1_G2 is equipped with stereo Harman Kardon speakers which will fill up the room with the sound and the projector also has a 1.2 throw ratio that enables users to view their content emphatically, even in small spaces. The M1_G2 has a smart stand that enables a simple 360-degree setup while doubling as a lens cover. When the lens is uncovered, the projector powers on to full brightness almost instantly.

Like the M1_G2, the M1+_G2 also comes with a built-in battery, a LED light source with a lifespan of up to 30,000 hours, Harman Kardon’s stereo speakers, and a smart stand doubling as a lens cover. Connectivity-wise the M1+_G2 is also integrated with Wi-Fi and has a USB Type-C port as well, which allows users to project content directly from their smartphones, laptops, or tablets.

With upgraded features and innovations, we have developed the newly launched projector which is a successor of M1 and M1+. We are excited to expand the award-winning M series bringing the magnificent experience to our end-users delivering a big-screen cinematic experience at home or wherever they go. We are expecting to gain similar momentum as we observed for our earlier M- series projector,” said Mr. Muneer Ahmad, AV Head, ViewSonic India.

Both the projectors are available from this month. For more information, please visit this page.

Jumping up two spots from 2020, ViewSonic is now at the top of the rankings in Q1 2021 in the Digital Light Processing (DLP) projector market – at a global level – according to latest reports. With ViewSonic increasing 18% year over year (YOY) in Q1 2021, their speed of innovation, launches, and sales has paid off now with their market performance increasing, too, across the globe.

Ultra Mobile and Dedicated Home Cinema sectors or products saw the greatest increase in sales, by 93% and 82%, respectively. ViewSonic also mentions how the DLP projectors are now being preferred over LCD projectors since the pandemic-stricken Q2 2020. The digital processing nature of DLPs ‘provides control for consistent performance over time and gives long-lasting realistic colours without deterioration’.

“It is a proud moment for ViewSonic to be recognized as a No.1 globally for Digital Light Processing projectors. Our mission is to inspire the world to see the difference between the ordinary and the extraordinary and we have been at the forefront in developing products by providing innovative visual solutions. In the last four to five years, we have observed significant growth and increase in the sales of our projectors business in India and as ViewSonic became the No. 1 LED projector brand in Europe, we are expecting the similar growth in the Indian market. As we are expanding our product portfolio and growing our position in projector segment, we are expecting to remain at the forefront of complete visual solutions”, said Mr. Muneer Ahmed, Business Head – AV, ViewSonic India.

With LED technology integrated into projectors continues to rise, ViewSonic are gearing up for the future by heavily investing in producing newer LED projectors and adding them to their portfolio – which already consists of the portable M-series and the flagship X-series delivering 4K visuals and smart features for those investing in their smart and spacious homes. These offerings of ViewSonic have always been fit for commercial and consumer applications and ViewSonic’s target of a future filled with the latest innovations can make them soar even higher.

Offering true 4K clarity, the new PX701-4K projector is ViewSonic’s latest addition to its impressive range of home entertainment systems and projectors, in which, they’ve been rolling out new products at quite an impressive pace in order to appeal to the new normal that has set in, with people still being at home on most occasions.

The PX701-4K boasts of a 3200 ANSI lumens brightness and also offers a 240Hz refresh rate, which makes gaming much more immersive. The projector provides a comprehensive H/V keystone – the latter freeing up the user from manual adjustments – and 4 corner adjustment capabilities. The lamp life of the projector is also boosted to 15,000-20,000 hours through the integration of the SuperEco+ mode technology.

Through the ‘Project Wrapping Tool’ tech, the PX701-4K offers a perfect projection even on a uneven surfaces. A 10W integrated speaker and ViewSonic’s very own ‘SuperColor Technology’ enhances the viewer’s audio-visual experiences by providing richer sounds and colourful visuals.

The PX701-4K has a built-in USB power output of 15V/1.5A and it can also be used to supply power wireless HDMI dongles like Chromecast, Fire TV Stick, and more. ViewSonic have also mentioned that the PX701-4K has an ‘Ultra-Fast Input’ with a latency of 4.2ms.

The PX701-4K, aimed at those with deeper-than-usual pockets, is priced at Rs. 1,99,000 – which is a little steep, we know, but it surely does promise to offer stunning picture quality and an enhanced viewing/gaming experience. 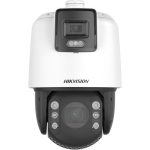