Present in more than 150 countries, BIGO LIVE has amassed a large following and there is no dearth of streams in India. The interface is easy to navigate and understand with clear sections for games and live streams, with their own sub-categories. New games like Sheep Batter Game, Bigo Ludo and Snakes Ladders King have been added. Gameplay streams of popular video games like PUBG, League of Legends, Minecraft, Grand Theft Auto, CSGO, DOTA2, FIFA, RoV, Rules of Survival etc are available for viewing. 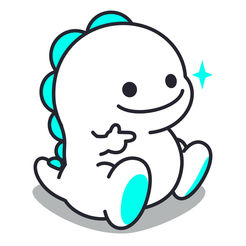 The biggest advantage it has over competitors are the rewards and levelling system that encourages both watchers and broadcasters to engage and smartly nudges them to use the full feature set on offer to them. BIGO LIVE, an in-app property of BIGO LIVE, includes the PK challenge where games can be played against friends, India Live house where talented users can show off their skills to everyone as well as Play Live house and Play Center.

One-on-one calls are possible and upto nine people can be accommodated for group chats or calls. Live video filters or stickers can be overlaid adding an element of surprise to them. The company monitors broadcasts and takes strict action against users posting inappropriate content. A stripped down Lite version can be downloaded for free by those using older devices.