Coining it as “Entertainment ka Superstar”, Realme have just announced the launch of C3, an all new device in their C-series. Striving for speedy and efficient performance for users and gamers alike, the C3 runs on Android 10 and ColorOS 7 and on an octa-core MediaTek Helio G70 processor which clocks up to 2.0 GHz. […] 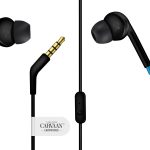