The JBL Bar2.1 Deep Bass is compact in size and delivers 300 Watts. The Bar can be connected to TV with just one optical or HDMI cable; and can also stream music from a phone or tablet with built-in Bluetooth. Dolby Digital and JBL Surround Sound instantly brings movies, sports and music to life. Bar2.1 is designed to elevate the immersive sound experience for TV without any extra wires or speakers. The sound bar comes with wireless down-firing subwoofer”, along with eARC HDMI. JBL Bar2.1 comes with DB_MKII: 2.1 channel.

The JBL Bar500 with 590W max power output brings movies to life with MultiBeam, a patented technology from JBL which enables you to have a cinematic experience at the comfort of your home and Dolby Atmos 3D surround sound. While PureVoice technology optimizes voice clarity, the wireless 10” subwoofer brings thrilling precise bass.

JBL Bar1000 comes with 880W of total output power and thunderous bass from the 10” wireless down-firing subwoofer. The JBL Bar1000 has MultiBeam and four up-firing drivers—two in the bar and two in the detachable battery-powered surround speakers—which envelops in a sphere of Dolby Atmos® and DTS:X 3D surround sound with a wide, spacious soundstage with no need to draw extra cables.

JBL Bar500, JBL Bar800 and JBL Bar1000 come with JBL ONE App, which helps in customisation, that helps you tweak and tune sound performance to suit your taste by adjusting audio equalization.

“We’re thrilled to introduce our new range of soundbars for the Indian market. JBL’s 75 years of legacy and unbeatable sound supremacy, especially when it comes to soundbars makes us a cut above the rest. Being India’s no.1 best-selling soundbars*” (*Source-Future Source, Q3 2022) we are all set to elevate our customers’ experience to a whole new level with world-class surround sound home theatre experience”, said Vikram Kher, Vice President, Lifestyle, HARMAN India.

JBL has launched a range of seven headsets under the ‘Quantum’ series that are designed specifically for gaming across multiple platforms. JBL is a trusted brand and known to produce quality audio products and this is its first venture into the gaming-audio market consists of headsets in the price range of Rs. 3,999 to Rs. 29,999.

Additionally, each of the headsets is also equipped with the QuantumSOUND Signature technology, through which, as JBL describes it, “players can easily pinpoint incoming fire, hear enemies creeping up from behind or feel the roar of explosive action”.

The JBL Quantum ONE, the most expensive of the lot, features the JBL ‘QuantumSPHERE 360’ technology that uses algorithms and integrated head-tracking sensors to enable gamers to hear enemy movements around them. Meanwhile the Quantum 300, 400, 600 and the 800 feature the JBL ‘QuantumSURROUND’ sound technology, which provides gamers with an immersive cinematic audio experience through spatial soundstages and height channels.

JBL’s Quantum Range of gaming headsets are now available on leading online and retail stores and on JBL’s website. 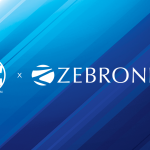