Samsung dodged releasing a highly charged mobile device at the MWC and instead opted to reveal two new Windows 10 laptops. They might look similar to the Tab S3 which was also announced at the event but are fundamentally serving an entirely different purpose as desktop replacements.

The larger Book 12 has 3:2 aspect ratio on the display which also comes with 10-bit HDR support which is quite rare to see in portable devices. Everything has received an update from the redesigned S Pen Stylus to the backlit keyboard with better key spacing and travel. The 3 position stand is collapsible which protects the device as well as makes it highly suitable as an on-the-go device. Needless to say but it can also be detached and used exclusively as a tablet while writing with the stylus.

The smaller and lesser powered Book 10 doesn’t feature all the bells and whistles from the Book 12 but instead is laser focused on bridging the gap between being small enough to carry everywhere and large enough to do tasks with ease.

The devices can sync with Samsung smartphones to deliver notifications or text messages on a bigger screen. For added security, the fingerprint sensor on the smartphone can be used to unlock the Book. The company also made a passing mention of a new VR headset to succeed the Gear VR.

Bingo Technologies announced the launch of its new VR headset, the Bingo G-200 for the Indian market. The VR device is Wi-Fi and BlueTooth enabled, having a built-in 720p anti-radiant HD screen, which helps prevent reflection. It uses a concave-convex lens with a 110-degree FOV.

Coming to the specifications, Bingo G-200 is powered by ARM Cortex A7 CPU, 1GB RAM, 8GB storage (expandable up to 32GB via a TransFlash card) and a 5000mAh battery capacity providing six hours of backup. The G-200 runs on Nibiru OS based on Android 5.1 Lollipop, allowing users to download various apps, VR games and 3D videos from the Nibiru store. The headset, which makes use of made of leather and foam cushioning, weighs 459g.

Priced at Rs 5,999, the VR headset is available across all major e-commerce platforms.

Gionee has added another smartphone to their S series portfolio with the arrival of the S6 Pro. The company is also stepping into the Virtual Reality ring with the device with their VR headset and Gionee VR app.

Adding to the VR experience is the Split Screen feature allowing the user to simultaneously watch videos while they receive notifications from messenger apps. The company curated G-Store for VR has a variety of games and videos available for download. 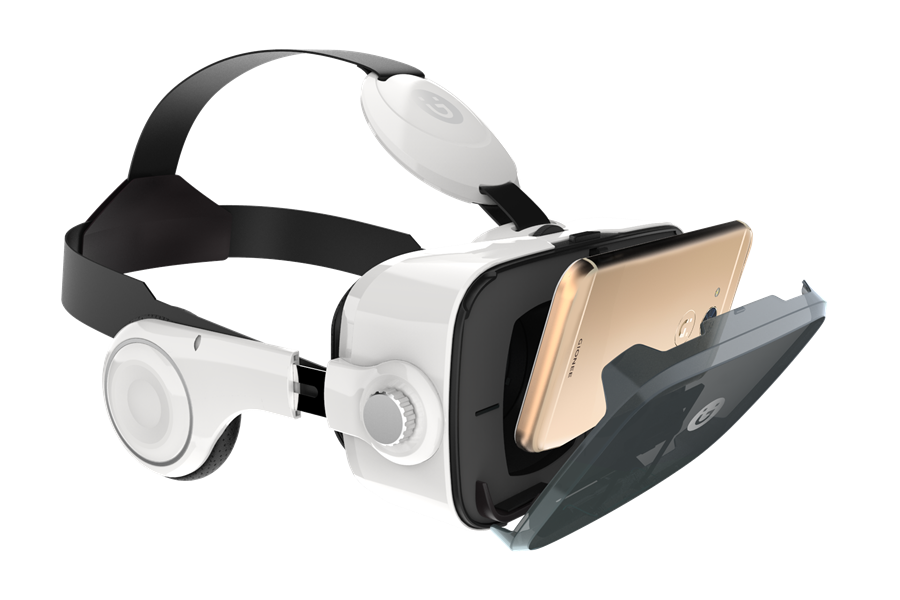 Coming to the cameras, the rear snapper uses a Sony IMX258 sensor with F2.0 aperture while the front has F2.2 working properly in low-light conditions. The S6 Pro has been built using a metallic uni-body and a 3D camberline back providing an ergonomic grip. As an introductory offer, Saavn will provide a free 3 month subscription of ‘Saavn Pro’ to S6 Pro users.

OnePlus threw its hat into the VR ring with the announcement of the Loop VR headset built for the upcoming OnePlus 3 smartphone. The headset will be built in collaboration with AntVR. Not much is known by way of technical specs at the moment. It’s the same story in terms of features, with the tease of a virtual shopping experience the only available information. However, OnePlus has stated that its own VR headset will offer a better experience than the Google Cardboard, which was given away for free with the OnePlus 2 in limited quantities abroad.

To participate in the sale, users will have to register themselves on the Amazon Loop VR registration page. It will be sold on two days next month – 3 and 7 June. OnePlus will also be holding giveaways for the device on social media channels.

Mobile VR solutions like Google’s Cardboard and Samsung’s very own Gear VR have been in the market for quite a while, but it’s the dedicated VR solution from Oculus, HTC and Sony that will really step up the VR experience. Last week, we got a chance to experience HTC Vive and trust me, the hype claiming VR is the next big thing in technology is real. The possibilities are endless and will teleport you into an alternate reality.

HTC had a number of demos on offer with each one distinct from the other, giving a taste of how VR can be immersive, if done right. First up was a space shooter, where you stand on the deck with the controllers and shoot at incoming enemies, which, in my opinion, was good enough but still not what you’d expect from a VR game.

However, theBlu is perfect for someone who has no VR experience. theBlu places you on a wrecked ship underwater where you can take a gander at the various fishes and a big 80-foot whale. It’s pretty amazing! Another thing I like is the fact that Vive is comfortable even for users who wear spectacles.

All said and done, dedicated VR solutions, including Vive, are expensive and out of reach of the masses. While HTC hasn’t announced if Vive will come to India, the international pricing is $799, which obviously excludes the cost of a powerful PC to deliver these experiences.

You can learn more about the Vive at this link or take a look at all the games and content here.