Gionee announced an Over the Air (OTA) update for the recently released F103 Pro.

New features included are double tapping the device to wake it up from sleep mode thereby reducing the need of pressing the physical phone button. Black screen gestures have also been added to help owners use finger strokes to access common features. For example, drawing C will immediately open up the camera application. 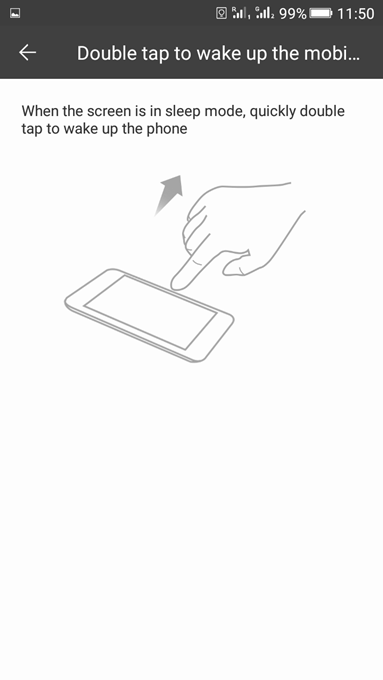