Earlier this week, Fitbit announced that their ECG app that helps to assess heart rhythm for atrial fibrillation (AFib) has received clearance from the FDA and CE for use in the United States and the European region respectively. This means that Fitbit Sense users in countries like the United States, United Kingdom, Germany, Austria, Luxembourg, […]

Squats, an online fitness company has introduced the Fittr app that acts as a personal online trainer. It works as a health guide that personalises by automatically creating workout and diet plans along with multiple healthy food recipes and BMR analysis to help you to achieve your fitness goals. The app also helps to clarify […] 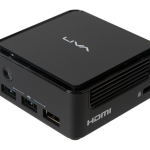