WWE 2K20, released in October 2019, is arguably one of the poorest-received WWE games, with over hundreds of concerns. With that in mind and after having received a ton of feedback from the gaming community, developers at 2K Sports have decided to skip the release of WWE 2K21 this year until 2021 in order to “ensure the development team at Visual Concepts can create a great game that will entertain grizzled WWE 2K veterans, as well as newcomers”. With that being said, they also announced that they’d be releasing a newly-styled WWE 2K Battlegrounds which features an arcade-style gameplay.

2K Sports mentioned that the WWE 2K Battlegrounds is being developed by Saber Interactive – the one’s who made a NBA 2K Playgrounds and the zombie-killing World War Z game last year. One thing is for sure, 2K Sports is taking a leap of faith on this one. Certain games like Mortal Kombat, Street Fighter, and Injustice, to name a few, have done well and pioneered this genre. After watching the teaser trailer, it looks like our most-loved wrestlers possess some superhuman abilities as well – which seems odd for a WWE game known among veterans for the fun caged brawls and more.

It’ll be interesting to see how WWE 2K Battlegrounds turns out. 2K Sports mentioned, “WWE 2K Battlegrounds, a completely new WWE gaming experience that will feature arcade-style action and over-the-top Superstar designs, environments and moves. We’re focusing on social pick-up-and-play fun, but with plenty of depth for those who want to get way into it”.

When it comes to the ‘main’ simulation game, WWE 2K21 seems to be in the right hands for its development has 2K Sports have hired gaming industry veteran Patrick Gilmore as a new Executive Producer who’d be leading the efforts with the development team at Visual Concepts.

It’s definitely good to see 2K Sports taking the initiative and addressing their setbacks after the release of WWE 2K20. As far as the fans of the WWE games are concerned – the arcade-style WWE 2K Battlegrounds will be up for grabs providing a fresh new experience. Some games survive the style-change while most don’t. Only time will tell how WWE 2K Battlegrounds will do, but here’s to hoping for the best.

I’ll be honest, I have stopped following WWE for more than a decade now. And while I don’t know who’s the reigning champion now, The Rock and Stone Cold Steve Austin were the rage back then.

This Thursday I got a chance to relive and actually play one of those characters in 2K Games upcoming WWE 2K17.

Fifth WWE title under the 2K name, the game has been an absolute blast in the 45 minute preview I got to play with.

It boasts over 130 wrestlers this season including the legends like André the Giant, Bret Hart Hitman, Goldberg, Big Show and many more.

The graphics seem evolutionary when you compare it with last year’s edition but it’s the new fighting area like the Backstage and in the crowd that gives the game a real feel. While the Backstage Brawl is limited to certain area and rooms, there’s a lot to pick up and throw at the opponent to knock him out her out. Who wouldn’t want to pick an LCD TV and throw it on the opponent?! In a Backstage Brawl between Edge and Stone Cold, the former’s finishing move couldn’t knock Stone Cold out but one Stunner is all it took to KO Edge.

WWE 2K17 also features a number of matches like a Ladder match, Steel Cage and events like Royal Rumble, Smackdown, RAW, to name a few. It also comes with the Creation mode that lets one create players’ entrances, arenas, shows. 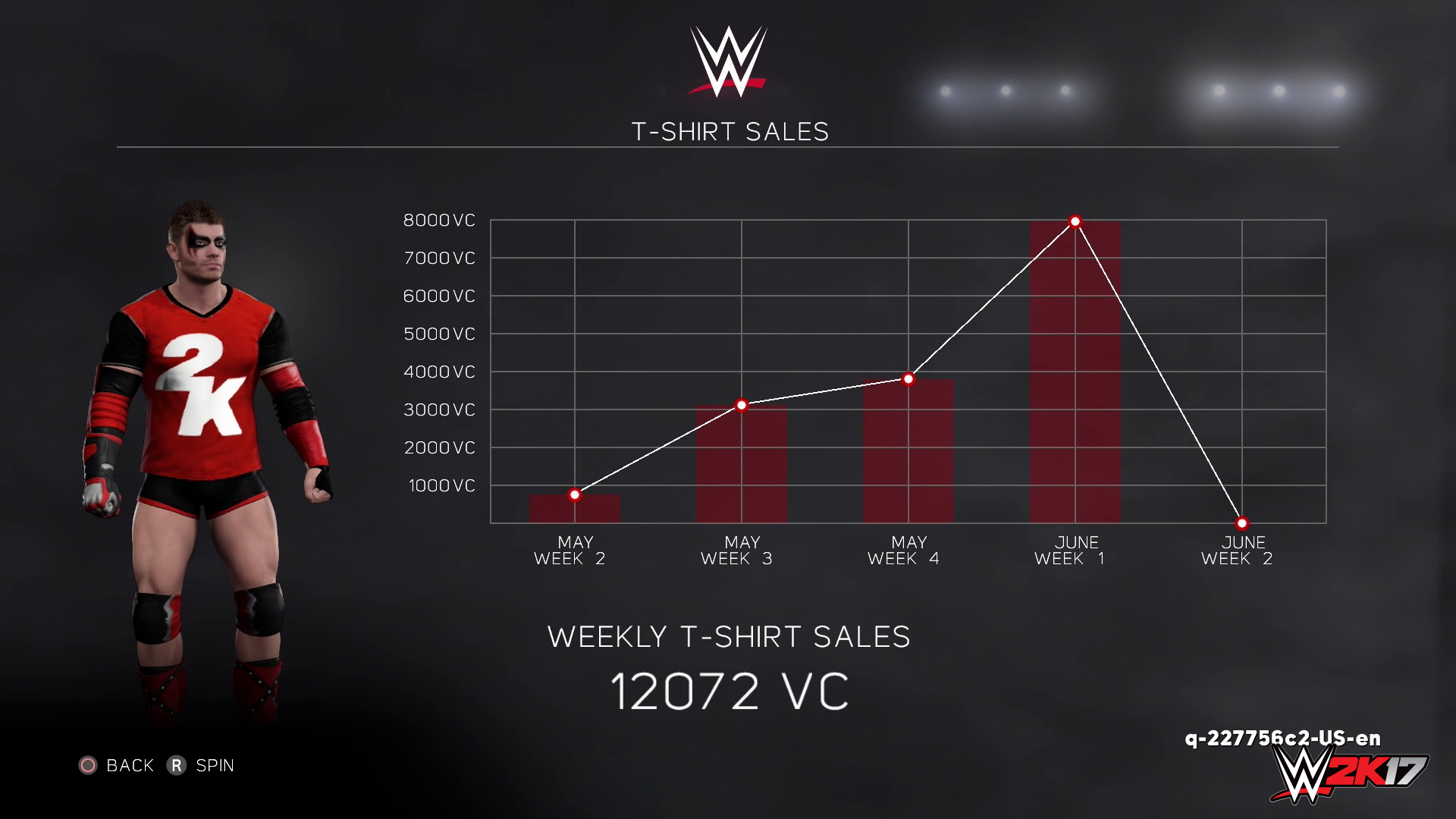 MyCareer is your way to become the WWE superstar that in addition to fighting, will also have to take care of the popularity, what you say in the interviews, attire worn and so forth.

As I said, WWE 2K17 was a lot of fun in the brief amount of time we were allotted but we’ll reserve our judgement until the final review.

The game can be pre-ordered on Games The Shop where customers can get Goldberg as a downloadable character, two WCW arenas and an exclusive T-shirt. 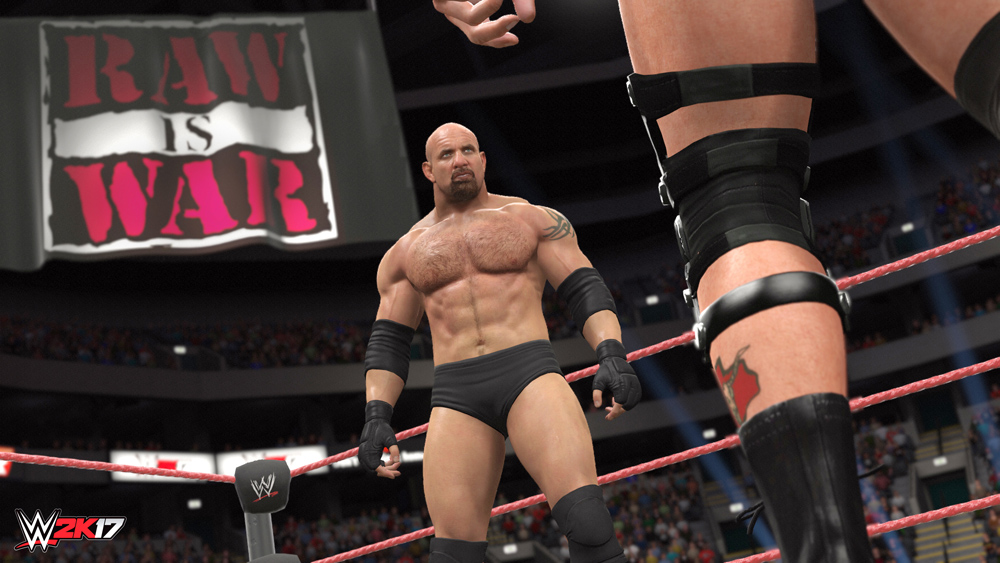