Asus refines the phone to bring an improved gaming experience
From Rs. 49,999, asus.com/in

If sticking top-of-the-line hardware is the only way to bring an ultimate gaming phone, then the case for having a device dedicated to gaming is weak to begin with. However, as we have learned over the last couple of years, it’s the small refinements that set a gaming phone from other phones apart, giving players an advantage over others. This is what Asus’ ROG Phone 3 is all about.

On the design front, the ROG Phone 3 looks similar to the last two generations. The ROG Phone 3 loses its copper accents and adopts a more subtle look. There’s a large display on the front, winged by a front-facing camera, LED notification light, earpiece and a loudspeaker whereas the phone sides feature a power, volume buttons and AirTriggers 3 on the right, SIM card slot and USB Type-C ports on the left and the main Type-C port at the bottom. The back is where you see the most changes and the noticeable being the triple camera setup and the iconic glowing ROG logo. There’s a see-through heat sink too that adds to the design element. The phone dimensions are similar to the previous ROG Phone, which means the tall body design is uncomfortable when you are holding it vertically but feels perfect when you are playing a game in landscape orientation. The ROG Phone 3 is heavy and weighs 240g. That said, the build quality of the phone is premium with an aluminium frame around the sides and glass body at the back protected by Corning Gorilla Glass 3.

The ROG Phone 3 is equipped with a 6.59-inch 2340×1080 FHD+ AMOLED display, but the cherry on the cake is the 144Hz refresh rate. The Asus phone is one of the few phones in the market today with such a high refresh rate that helps to deliver a fluid experience. Currently, there aren’t many apps and games that take advantage of 144Hz, but you will see the difference when you go about doing day-to-day tasks. However, if using the phone at 144Hz concerns you about the battery life, Asus allows to manually choose the refresh rate between 144Hz, 120Hz, 90Hz or 60Hz or you can leave it to the device to decide the best refresh rate for that app with the Auto option. However, the refresh rate is just one aspect to the many display improvements on the ROG Phone 3. The touch response and latency have also been improved and now has touch-sampling at 270Hz whereas the touch latency is reduced to 25ms with a slide latency 18ms. In simpler words, the touch response on the ROG Phone 3 is faster compared to other phones – instrumental when you are playing a fast-paced action game like PUBG Mobile or Call of Duty.

As far as viewing angle and colours are concerned, the display is great with excellent outdoor legibility, HDR10+ support and DCI-P3 colour gamut coverage of 113%. The in-screen fingerprint scanner works as intended and also features other display features like Always-on display, colour temperature adjustment, night light and more.

When it comes to performance, the ROG Phone 3 comes with the best hardware available right now. It is powered by the latest Qualcomm Snapdragon 865 Plus processor and has a RAM option of 8GB, 12GB and 16GB (international variant only). The UFS 3.1 internal storage also varies between 128GB to 512GB. Now given the top-of-the-line hardware, games and apps work flawlessly, but it’s the other optimisations that elevate the gaming experience. First is AirTriggers 3. They are ultrasonic touch buttons that act as shoulder buttons, like in a real controller. The new thing this time, however, is the ability to swipe the AirTriggers or create a dual partition so they work like L1/L2 and R1/R2 buttons. Besides this, AirTriggers 3 now supports accelerometer-based motion control, thus giving players five touch inputs to be emulated with them. AirTriggers are configurable via the swipeable Game Genie that brings additional options like adjusting refresh rate, configure macro, record gameplay, crosshair and more. Game Genie also gives one-touch access to Armoury Crate, which has become a standard in Asus’ gaming-centric computers and phones.

Armoury Crate showcases all the installed games and the level of per-game customisation is impressive considering you can adjust settings like network, touch, display, performance, key mapping and macro. The console tab under Armoury Crate is where you can see the current temperature, CPU/GPU clock speed, RAM, storage and tweak system-wide settings with X Mode. Activated with a light squeeze of the phone when in portrait or just tapping the button in the notification panel, X Mode optimises a few things in the background for improved gaming performance. You, of course, don’t need it considering the phone’s powerful innards, but it’s a good thing to have.

The things that work in the background to improve the overall gaming experience is the GameCool 3 cooling system that is a combination of a graphite film, redesigned copper 3D vapour chamber, heat sink and a vent. There’s strategically placed Wi-Fi antennas for better, uninterrupted reception, mics that support “quad-mic noise-cancelling array” and GameFX that handles ROG Phone 3’s audio with dual front-facing speakers, Dirac support and exclusive Game mode.

Finally, there’s a choice of accessories that can be used with the ROG Phone 3. While the phone is compatible with most of the last year’s accessories, the phone also supports some new ones like the AeroActive Cooler 3, Kunai 3 Gamepad, ROG Gaming clip that enables to use a PS4, Xbox One or a Stadia controller, ROG Cetra headset and TwinView Dock 3 for dual-screen gaming.

The phone features a triple-camera setup with 64MP Sony IMX686 sensor, 13MP ultra-wide and a 5MP macro camera complemented by a fast camera app and loads of features. The picture quality, however, could be better. Pictures taken in adequate light are packed with detail and good colours but tend to underwhelm in other scenarios. You will get a good shot eventually – one that’s good enough to be shared on social media – but will require multiple tries. On the video side, the phone can record videos to up to 8K and support features like HyperSteady, motion tracking, pro video and slo-mo. Handling the selfie department is a 24MP sensor on the front.

The ROG Phone 3 runs Android 10 and while it is based on stock Android, the OS uses the ROG UI that comes with its own set of customisations and features. Battery-wise, the 6000mAh battery on the ROG Phone 3 is a workhorse. The battery lasts for almost two days if you use it for productive tasks or about a day if you are gaming with moderate use. The phone comes bundled with a 30W hyper charger and supports Quick Charge 4.0. While fast charging is a must-have these days, the phone also features functions like custom charging limit that lowers the charge to say, 90%; slow charging for reduced battery wear and scheduled charging that can be used at night to slow charge but wake up with a full battery.

There’s no doubt that the ROG Phone 3 is a device that is packed to the brim, but the only chink in its armour is the camera performance. Although we believe it will be fine-tuned with software updates in the coming future, if you can make peace with it, for now, ROG Phone 3 will not disappoint.

RATING 4/5
WE’RE IMPRESSED Performance, battery life, customisation
WE’D IMPROVE Weight, camera
THE LAST WORD If you care about mobile gaming, there’s no other phone that comes close to the customisations and optimisations offered by the ROG Phone 3 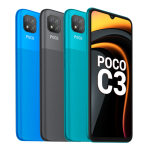 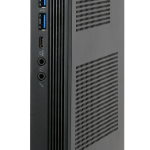 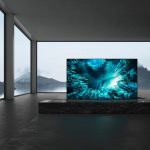 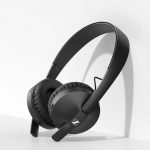 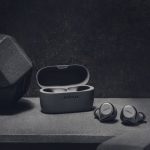 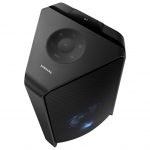 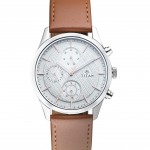 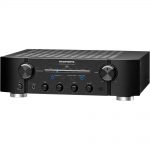