LG launched the V30+ smartphone at an event in the capital today. Originally unveiled at IFA 2017 earlier in the year, this is their second flagship in 2017 after the G6.

The device features a 6″ OLED FullVision display with Gorilla Glass 5 protection which is also present on the rear. Due to this increase in screen real estate, the second screen of old has been replaced by a floating bar giving quick access to regularly used apps and settings. The slim weight and curved edges allow for a comfortable grip even when using for an extended period of time. The dual camera setup on the rear uses a 16MP primary lens with f/1.6 aperture and a 13MP wide angle lens with 120 degree FoV and f/1.9 aperture. It also boasts Optical Image Stabilisation, Electronic Image Stabilisation and Hybrid AutoFocus that combines Laser Detection AutoFocus and Phase Detection AutoFocus.

As per LG V series tradition, the V30+ is equipped with a Hi-Fi Quad DAC from Bang & Olufsen. It is the first global smartphone to support Master Quality Authenticated (MQA) technology that allows streaming of high resolution audio. The recorder has also received an upgrade with a receiver that doubles as a microphone to capture a broader sound spectrum. Since it is IP68 rated, the phone is dust and water resistant.

Priced at Rs. 44,990, the device will go on sale from 18 December 2017 excusively on Amazon India. For a limited period, the company is offering one time screen replacement and a wireless charging stand free of cost. 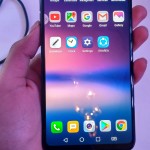 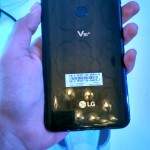