Hisense has been selling their TVs and home appliances in the European and the North American market for the last few years and the Chinese company just confirmed its arrival in the competitive Indian market, starting with televisions.

The company will first launch their QLED, UHD and HD Smart TVs in the Indian market, beginning next week, which coincides with Amazon’s Prime Day sale. The TVs will also sell on Flipkart, TataCliq and Reliance Digital. 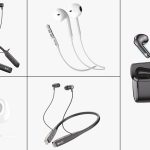