Samsung released a new electronic, and extremely unlikely, fitness device – a charm. It was launched in Korea, Italy, France and Russia and will be released in other markets too. Charm has a sleek design, which sets it apart from any other ordinary fitness band and makes it look more like a piece of jewellery. It is available in three colours  – Gold, Black and Rose Quartz.

And this isn’t only about the looks. The device keeps a track of the number of steps you’ve taken in a day and also uses LED notifications to alert you of incoming calls and text messages, display information about charging, connectivity status and battery level.

Also, Charm coincides with the Samsung S Health app, and monitors your daily activity levels. As you sync it via Bluetooth to your phone and download the Charm app from the play store, you will see how many steps you’ve taken, how much distance you’ve covered over the course of a day and how many calories you’ve burned.

The most amazing thing is that Charm is equipped with a built-in 17mAh battery that allows you to use the device for up to 14 days on a single charge. And, when you do need a battery boost, the Pogo-pin charging cradle comes in handy. 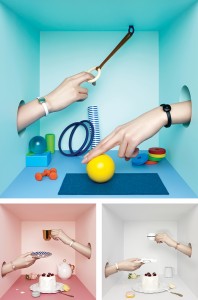