With the success and prowess of the X-T3 in the world of mirrorless and digital cameras, the X-T4, now, has some big shoes to fill. Fujifilm’s latest iteration in their flagship ‘X’ series range, offers a familiar but slightly enhanced experience while shooting stills but has made major upgrades for those interested in creating videos.

The X-T4 is equipped with a APS-C ‘X-Trans’ CMOS 4 sensor with an effective pixel count of 26.1MP, which is similar to its predecessor, the X-T3. The sensor can capture up to 10-bit with a 4:2:0 colour space internally at a bitrate of up to 400 Mbps. As mentioned earlier, the X-T4 does share many features with the X-T3 but one of the key changes is that Fujifilm have excluded the headphone jack in the X-T4 but have added the impressive in-body image stabilisation (IBIS).  It also has a deeper-cut in the grip, as compared to the X-T3, and thus, that would only enable a better grip.

The X-T4 is one the first models in its series to feature an IBIS, which provided a 5-axis 6.5 stop image stabilization. Fujifilm claims that the X-T4’s IBIS is around 30% smaller and 20% lighter than X-H1’s IBIS unit.

When it comes to the shutter unit, the X-T4’s new ‘ultra-fast’ focal plane shutter can shoot up to 15fps in burst mode (with the mechanical shutter!) and has a shutter life of 300,000 actuations – which is almost double the actuations of previous models –  and is 30% quieter than the already-quiet X-T3. The X-T4 also features the latest NP-W235 battery whose capacity is 1.5 times larger than that of the NP-W126S battery of the X-T3 and other models.

The innovations in the X-T4 has enhanced the phase detection auto-focus to performance speeds as fast as 0.02 seconds with 425 phase detection points. The X-T4 can also shoot at 8fps in live view. The X-T4 also possesses superior Face/Eye AF performance. Fujifilm also claimed that the tracking autofocus performance has significantly improved, with a tracking success rate nearly doubled as compared to the X-T3.

The X-T4 comes with a range of professional video functions. It can record DCI 4K videos at 60P and Full HD videos at 240P, thus enabling users to produce a slow-motion effect of up to 10x of real time.

Besides the advanced capabilities of the sensor and processor, let’s not forget that Fujifilm’s cameras are also revered due to their physical design with retro dials and analogue chic in the outside. The X-T4 features a large, bright 3.69m-dot electronic viewfinder that can be pushed to a 100fps refresh rate for smooth display. It also hosts a 3” 1.62m-dot touchscreen that can rotate through its multi-angle design, thus, aiding shooting from high, low or front-facing angles.

The X-T4 also houses several Film Simulation modes, which give variable options for photographers to select the look and feel of some of Fujifilm’s classic film choices.

Undoubtedly, the X-T4 is a powerful camera but with many similarities with the X-T3. The video features have been thoroughly upgraded and the X-T4 is, possibly, one of the best mirrorless cameras and multimedia tools out there and it’ll be available in its traditional black and silver colour variants. 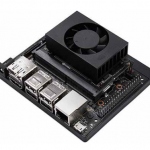 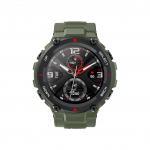