Play, an Indian brand specialising in wearables like fitness bands, smartwatches and wireless audio recently released a new software update to enhance the Playfit app that talks to all its wearables.

The software update primarily includes improved UI, in addition to a feature to add exercises to your regime and an upgraded sleep and exercise tracker. Like many other wearables of different brands that could be connected to their respective fitness-based tracking apps, the Playfit app – which is available on Android and the iOS – tracks a host of fitness activities like walking, running, and more, along with tracking other common functions like sleep patterns, modes and duration.

Play have also added a virtual leaderboard on the Playfit app where they users can track their progress and compare their statistics to 99 other members in the same category or activity. Play also guarantees the historical data to be saved, thereby enabling users to access all their previous progress (recorded on an older Play device) on their new Play device.

The Playfit app is downloadable on Android and iOS and you can check out all of Play’s products by visiting this page. 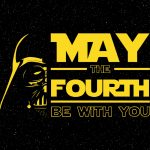