Motorola has launched the new Moto G6 series in the Indian market at an event in the capital today. This includes the G6 and G6 Play but there is not mention of G6 Plus yet.

Both devices have a 18:9 display which makes its debut in the Moto G series aligning it with other smartphones in the market. The Moto G6 has a 3D glass back and a dual camera setup on the rear. This consists of a 12MP primary lens and 5MP secondary lens with LED flash. New features like Active Photos, Spot Color and facial recognition have been added. The G6 Play is encased in a plastic shell with a 13MP camera with LED flash on the rear and a 8MP shooter on the front. It packs in a 4000mAh battery said to provide backup for upto 32 hours according to Motorola. 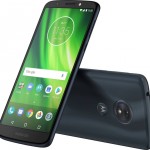 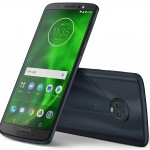