More than a decade ago, Asus created Republic of Gamers (ROG) sub-brand to deliver products specifically targeted at gamers but this is the first time, Asus has expanded its ROG branding for its smartphone. Simply known as the ROG Phone, the device is targeted at gamers with its signature ROG style, design and features.

The ROG Phone comes with a speed-binned Snapdragon 845 processor that is clocked at 2.96GHz, making it one of the world’s first phone to feature the fastest Qualcomm chip. Another major reason the phone can reach faster clock speeds is due to the integration of GameCool cooling system that helps to dissipate heat with the help of a carbon cooling pad, copper heat spreader and 3D vapor-chamber cooling. Additionally, the phone also supports a detachable AeroActive Cooler accessory.

The display has also got an upgrade and while it is not as fast as Razer Phone’s 120Hz panel, ROG Phone features one of the fastest 6-inch Full HD AMOLED panels with a refresh rate of 90Hz, 1ms response time and HDR support.

Moreover, the phone comes with dual cameras at the back, 802.11ad Wi-Fi and features AirTriggers (think of shoulder buttons on a controller), improved haptics, 8GB RAM, 4000mAh battery with ROG Hypercharge technology, dual USB Type-C ports and support for bunch of accessories like a dedicated gaming controller in association with GameVice, Asus’ WiGig Dock to stream games wirelessly onto a bigger screen, Mobile Desktop Dock and a TwinView Dock that adds a second display to the phone.

The phone will be available later this year. 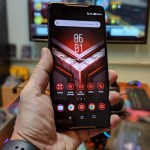 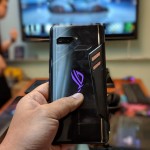 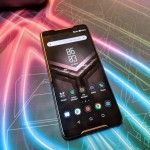 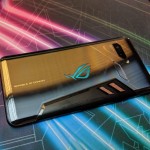 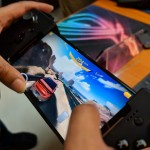 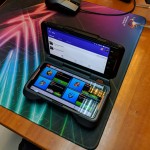 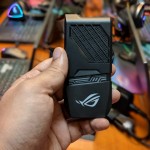