HMD Global announced the pricing and details of the Nokia 6, 5 and 3 at an event in the capital today. The trinity was announced back in February 2017 during the Mobile World Congress.

All the devices will be manufactured in India under the Make in India initiative. They will also be using stock Android OS without any unnecessary modifications and the company is also guaranteeing monthly security updates.

Nokia 6 features a 5.5″ 2.5D screen with Gorilla Glass protection with a fingerprint sensor situated right below the display. It is powered by a Qualcomm Snapdragon 430 processor, 3GB RAM, 32GB storage expandable upto 128GB via microSD, dual speakers with Dolby Atmos support and a 3000mAh battery. There is a 16MP rear sensor and a front camera with 8MP resolution. The device has been built using a single 6000 series Aluminium block which according to the company takes almost an hour to fashion into the phone body.

Nokia 5 has a 5.2″ HD display running on the same processor as the Nokia 6 with 2GB RAM, 16GB storage expandable upto 128GB via microSD and a 3000mAh battery. A 13MP rear camera and a 8MP sensor on the front round up the optics.

Nokia 3 uses a 5″ HD display running on a Mediatek 6737 processor, 2GB RAM, 16GB storage expandable upto 128GB via microSD and a 2650mAh battery. Both the front and rear have 8MP cameras.

The Nokia 6 is priced at Rs.14,999 and will only be sold online exclusively on Amazon India with registrations beginning from 14 July. The Nokia 5 costs Rs.12,899 and Nokia 3 for Rs.9,499 which are offline only products to be sold through over 80,000 retail stores spread across the country. Prebooking for the Nokia 5 starts from 7 July while the Nokia 3 is the first to go on sale from 16 June. 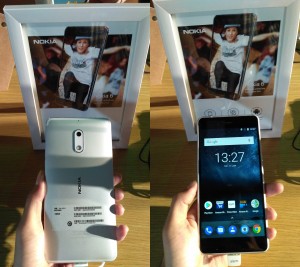 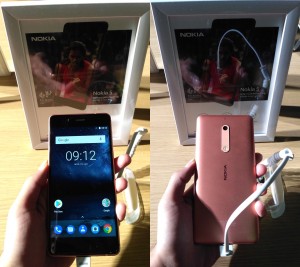 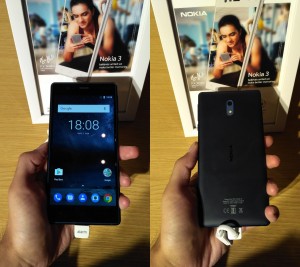