Panasonic unveiled their latest Toughbook, the CF-33 at the ongoing MWC 2017. The device continues the tradition of living up to its name by being extremely durable and rugged.

The CF-33 is the world’s first rugged hybrid laptop with a 3:2 aspect ratio display. This aspect ratio seems to be one of the more popular features as evidenced by its existence in the LG G6 and Blackberry KEYone. It comes in two variants as a 2-in-1 with detachable keyboard or as a standalone tablet. The 12″ device is powered by Intel Core i5-7300U vPro processor, 8GB RAM, 256GB SSD storage, hot-swappable batteries, 8MP rear and 2MP front camera. Coming to ports, the toughbook has audio ports, Ethernet, HDMI, microSD and USB 3.0 on the tablet with the keyboard dock adding in 2x USB 3.0 ports, USB 2.0 ports, serial and VGA ports. Panasonic is providing an option of Windows 10 or Windows 7 Professional as the Operating System.

An IP55 digitiser pen is also available while the device itself comes with IP65 rating. So the device can be used in heavy rain or dust storms with the display working even with gloves. The QHD display has 1200 nits brightness and uses anti-reflective coating. The 2-in-1 weighs 2.76kg while the tablet has a weight of 1.53kg.

Going by prior launches, the device will most probably be available in India by the end of the second quarter or third quarter of 2017. 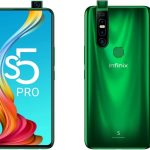 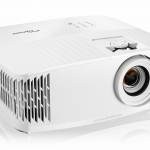